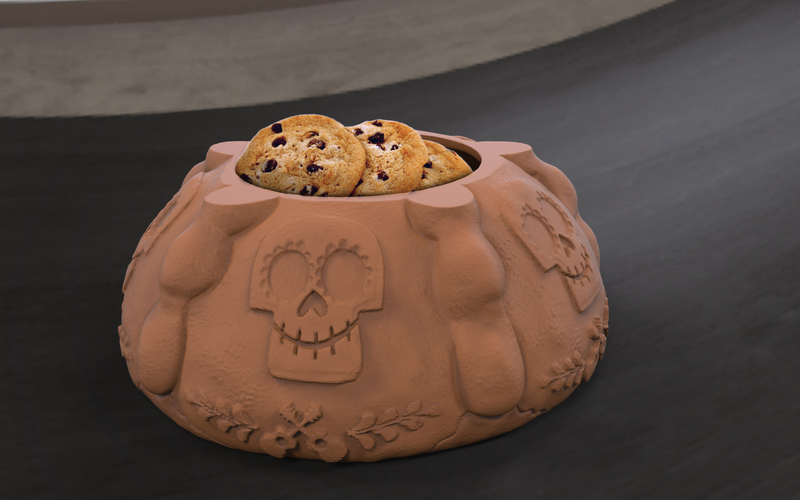 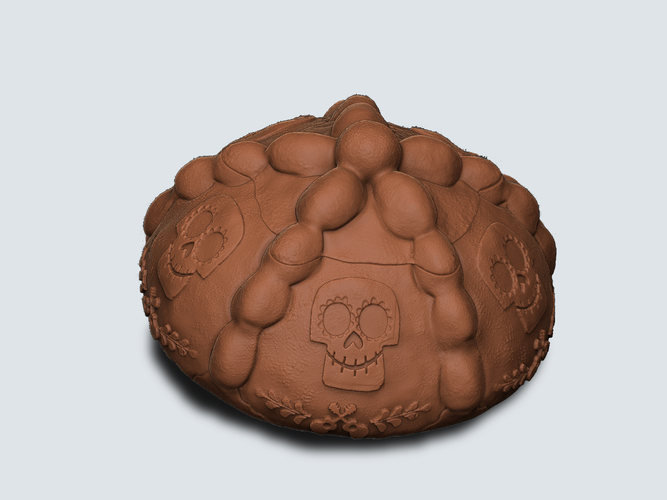 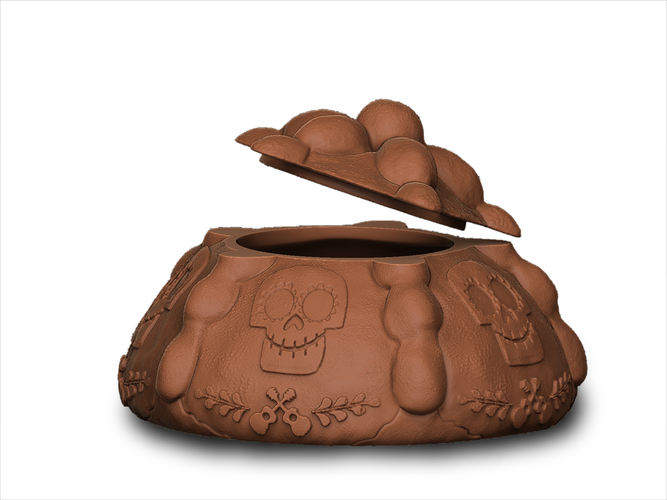 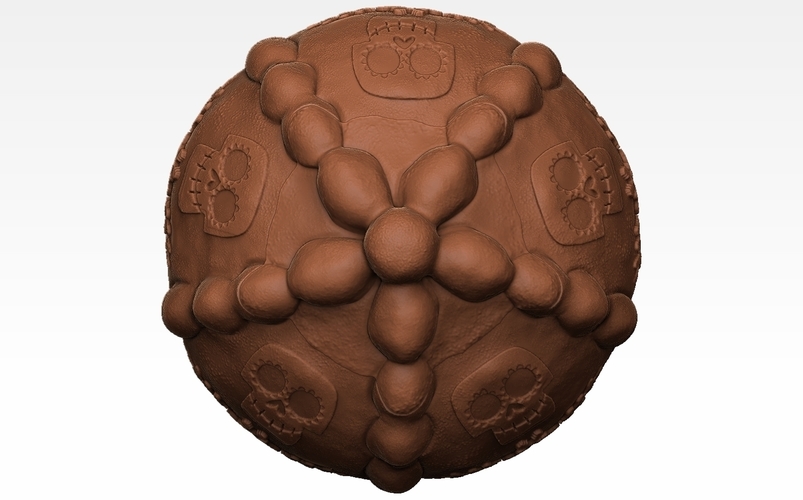 A good looking and artistic representation of the bread called "Pan de Muerto" that is made as a traditional bread from the national festivity called "Dìa de Muertos" - Day of the dead - Where people believe that the dead come from the other world to celebrate and reunite once again with the living having a festin in their honor by making altars and cooking the food they used to eat. 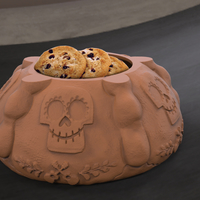 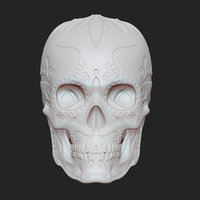 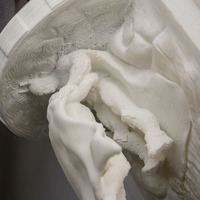 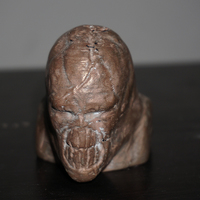