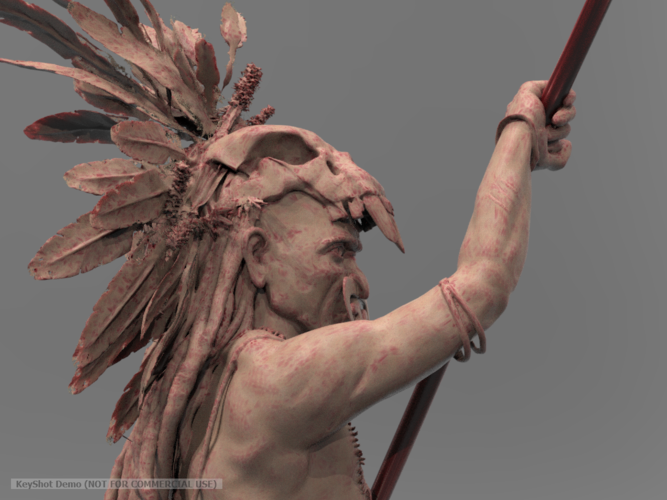 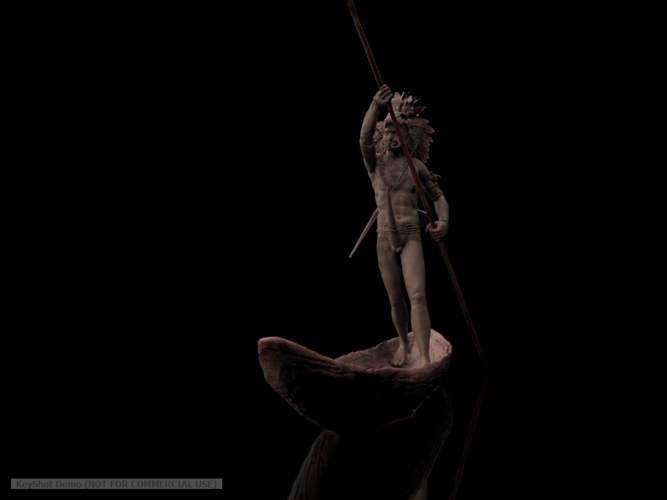 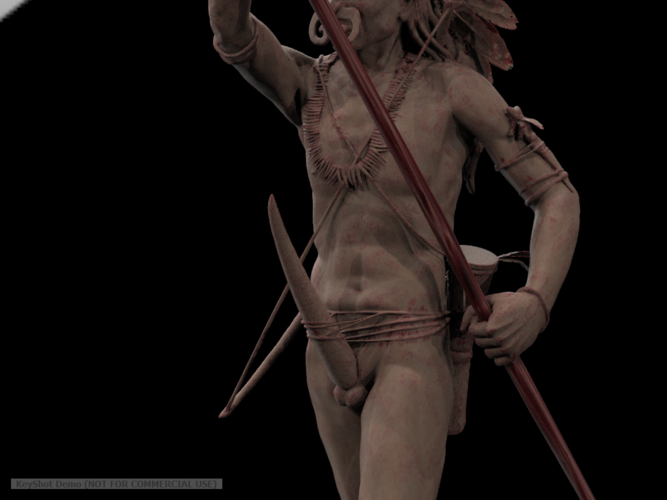 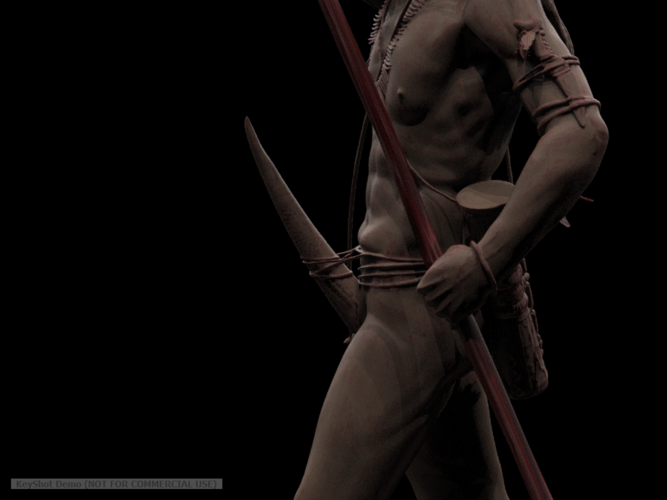 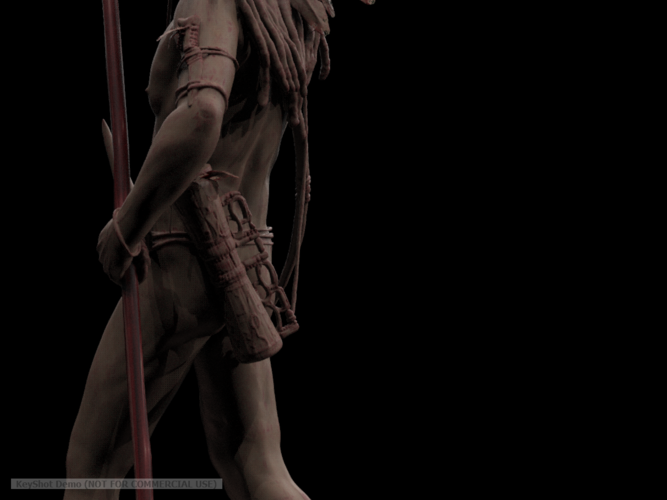 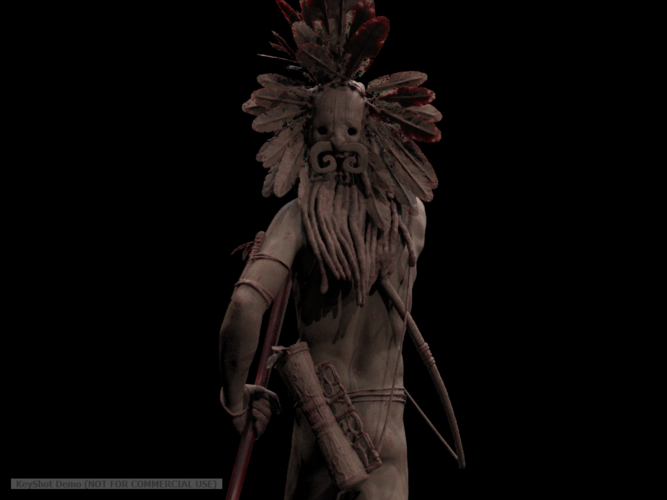 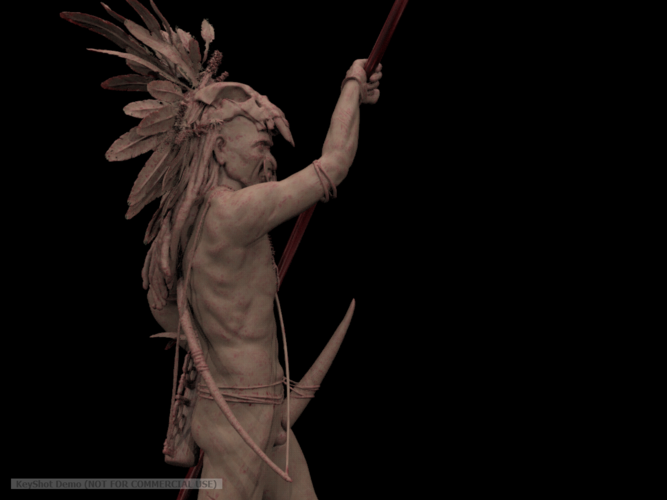 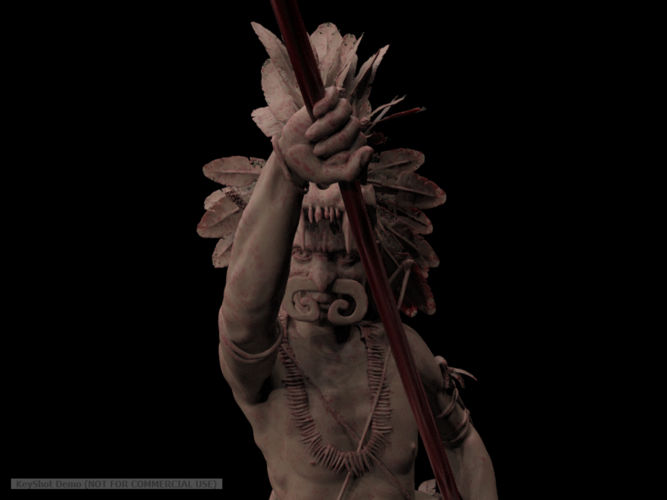 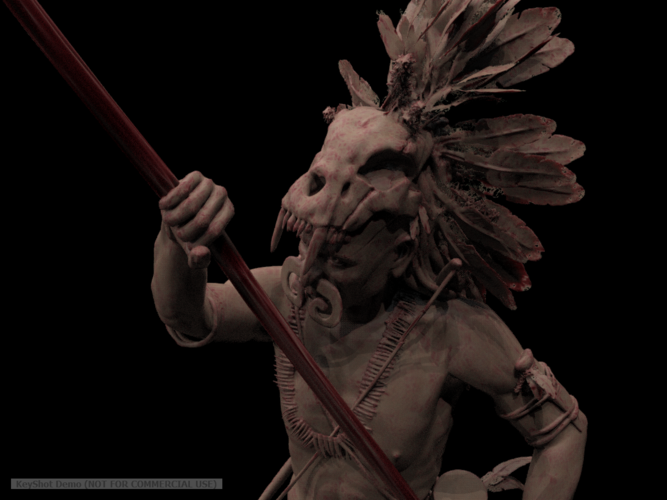 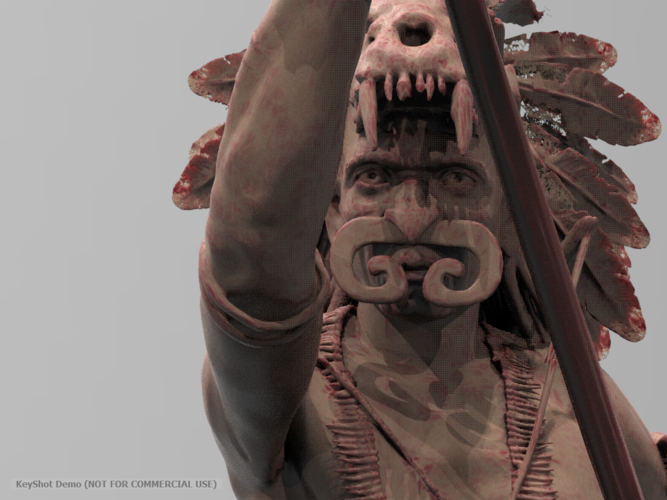 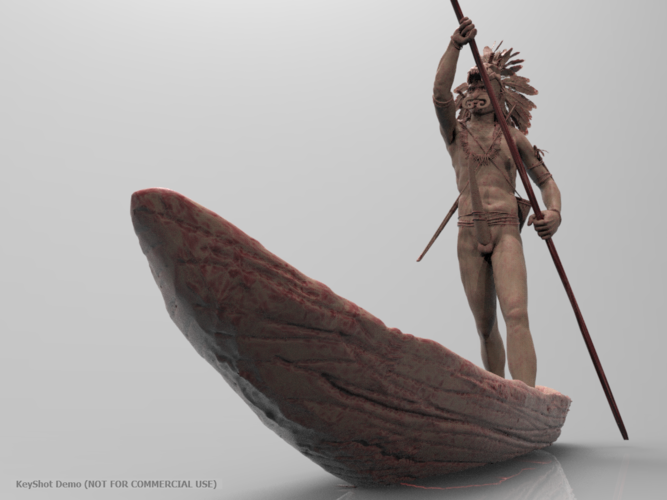 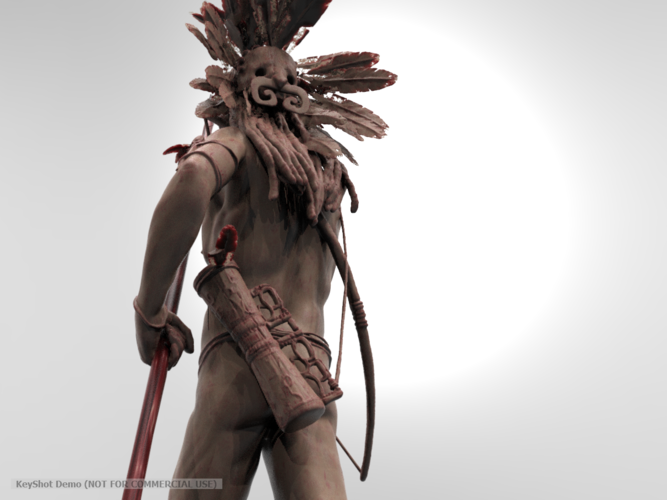 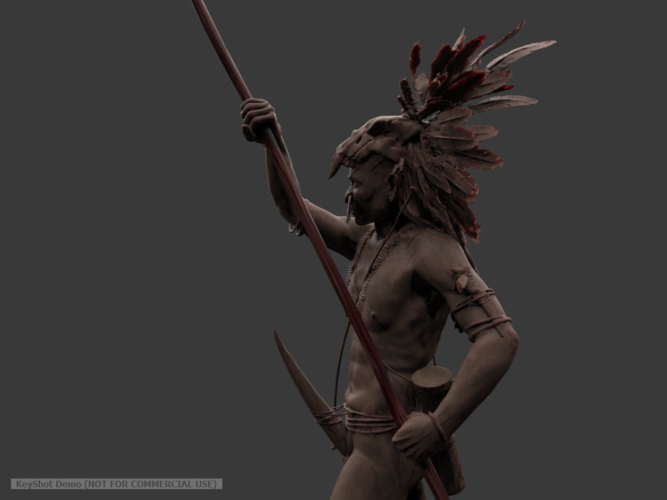 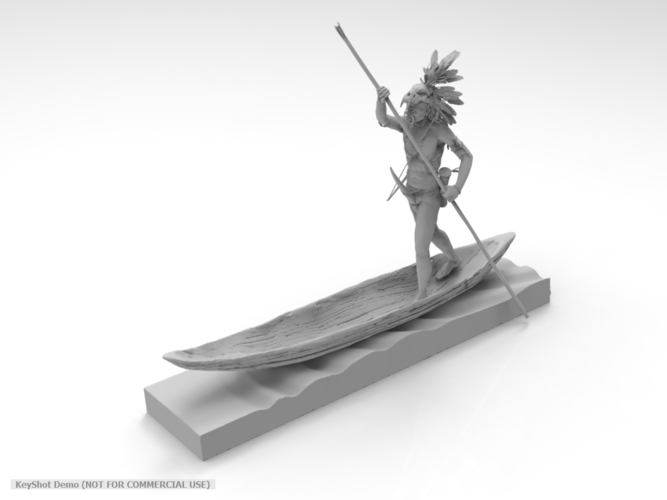 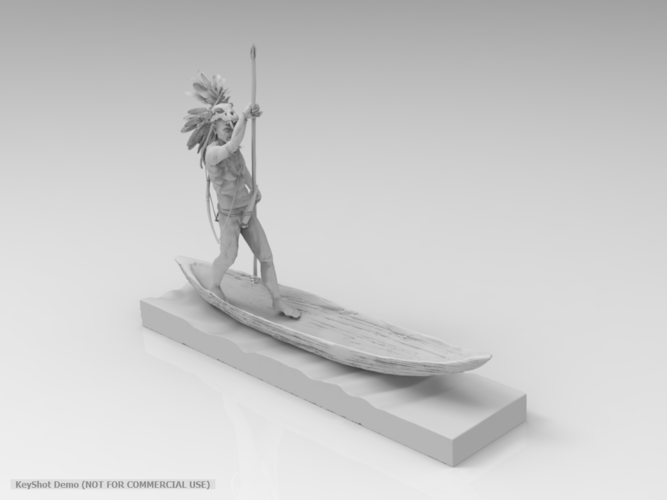 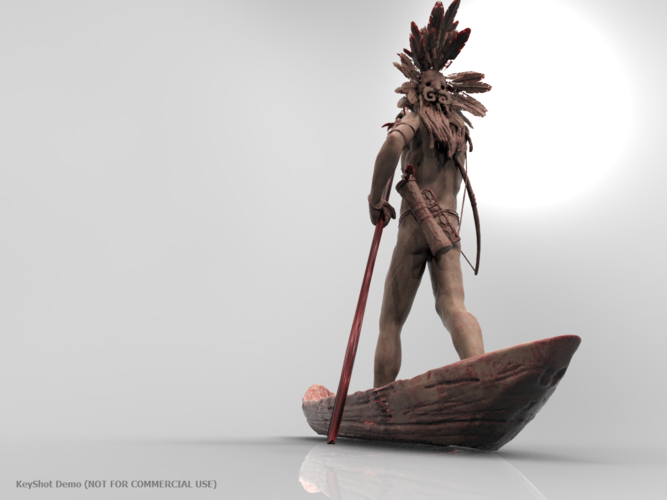 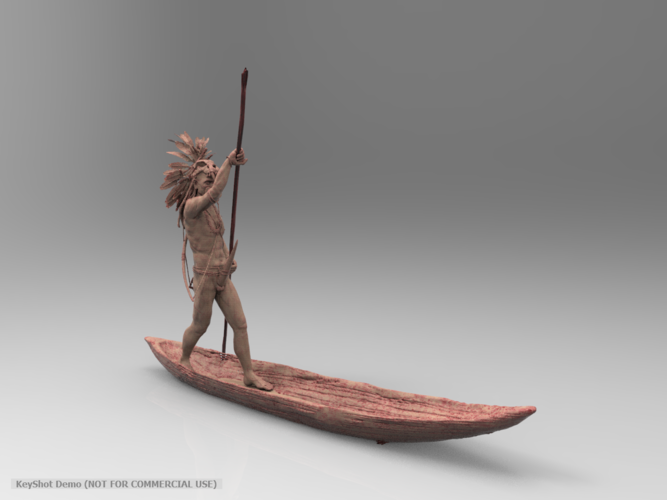 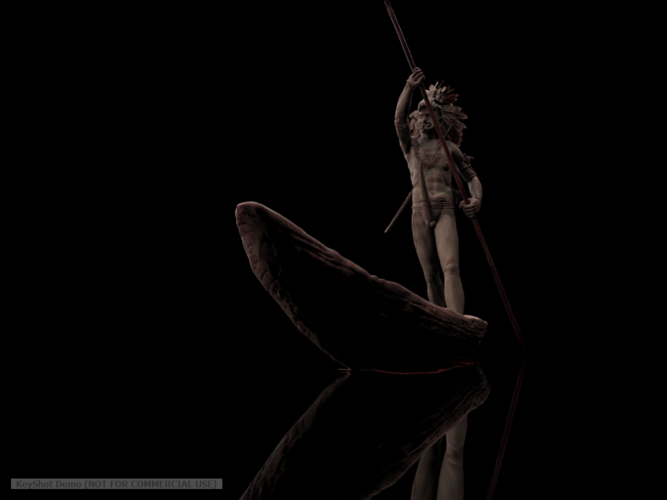 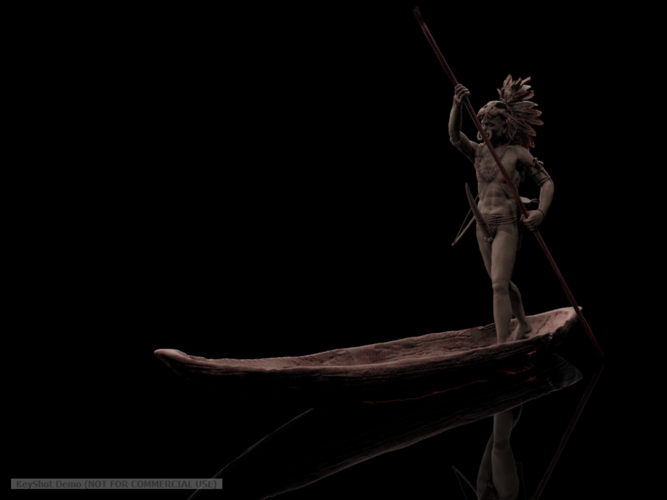 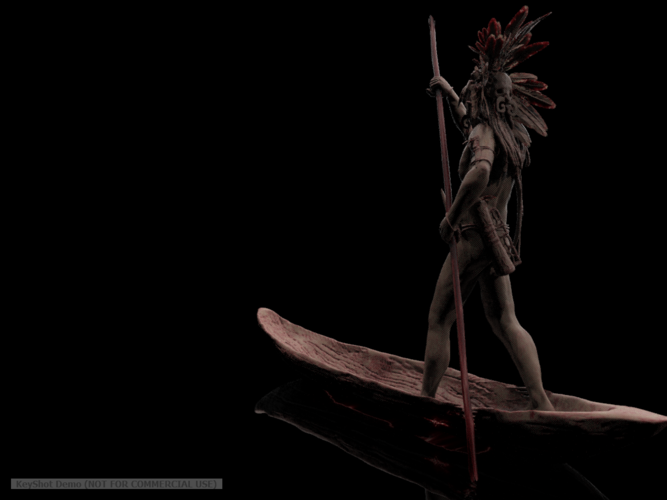 To survive in a dark era, human developing one sophisticated prototype called humanoid avatar. He was built as a resemblance to indigenous man who live and conquering wild, primitively. The first prototype that ever built were called TENSHI. TENSHI (天使) has a derivative meaning as a messenger sent from heaven. Like the name itself, TENSHI appeared primal, ancient and celestial.

The creator believes that in the dark era where cities and civilizations come into a ruin, people will get salvation from the mother nature itself. They will live as a hunter and wanderer – again. They navigate their way according to the star constellation, tracking traces of all living beings, sensing natural disaster that has relation with the humidity of the air, producing medicine and food from wild plants and herbs, also protecting relics of their ancestor. All of those virtues are core reasons of why TENSHI were developed in the first place.

As a humanoid avatar, TENSHI is like an empty vessel without any soul. Even though it was programmed with immense surviving skills and mastering all of nature’s wisdom - without human that using VR (Virtual Reality) equipment to operating it - it will be useless and only remain idle. Human who want to piloting this prototype, will synchronized themselves with a whole new kind of system. TENSHI could walk and run in a very swift and steady kind of manner. His muscle strength were undoubtedly remarkable yet graceful at the same time. His body temperature could adjust to his surrounding and his immune system made him heal very fast. His voices were deep and he sings celestial kind of song on his journey to worship nature’s spirit and ancestors before him. His vision like an eagle and have a trait as a single fighter.

TENSHI’s wardrobe is basically made out of organic’s matters. They are consists of; Asmat native male penis sheath (“koteka” - made from a dried-out gourd), head protector made from beast’s skull on the front side and ancestor’s skull on the back. Both of the skulls have different philosophy. Beast’s skull symbolize his triumph over dark force and ancestor’s skull behind, act as a camouflage so that attackers from the back will sense that TENSHI have another dangerous face that lurking at them. Those skulls also decorated with lion mane which made out of feathers and leaves taken from a sacred bird and a sacred tree. His other ornaments on the head, nose, neck and arm were made out of animal bones and wild plants fibers. He also bring a musical instrument also known as “djembe” to accompanying him worshipping nature and ancestor.

Last but not least, TENSHI also armed with native weapons such as arm knife and bow, which very useful for hunt and for chopping or carving plants and trees. Those weapons also beneficial to slay any kind of maleficence living being whose stand on his way. Living nomad, TENSHI has an ability to ride any kind of vehicle from boat to wild animals. 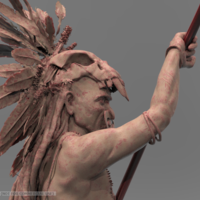