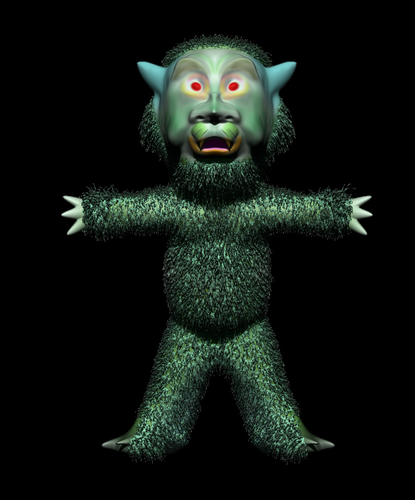 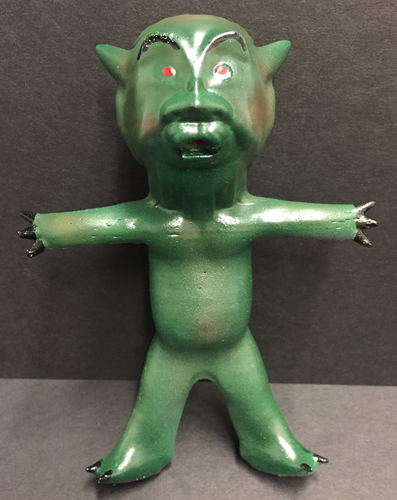 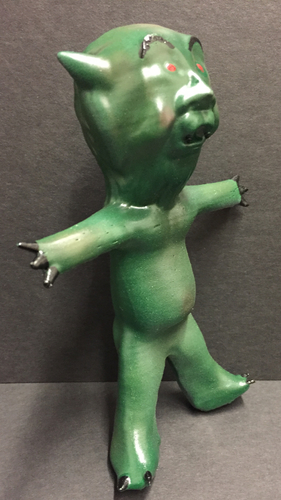 Moxina is allusive creature living in deep forest, few people have seemed it, for those unlucky people who had the misfortune of witnessing Moxina few ever come back a live to tell the tale.

Moxina was described by its survivor to be 4 feet tall, a pair of pointed ears, green body with short hair, two toes and three finger with sharp claws, its most freighting feature was its glowing red eyes and high pitch voice.  This allusive creature hides in a dense dark forest waiting for unsuspected lone hiker to pass by, it lures its victims with that glowing red eyes. The survivor often described seeming the glowing red eyes then lost all memories, the missing hiker usually was found miles away from where it was reported missing with no memory how they got where they were found, nor they have any memory where they have been those missing days.  Most missing hiker where eventually found dead weeks later in a location that is inaccessible such as deep ravine, bottom of a cliff, caves and along side rivers or brooks.

Old folk tale tells a way on how to avoid been capture by Moxina is never go hiking alone in a dark forest, and make lots loud noise as you hike, loud noise can scared away Moxina much like bear, mountain lion and other predatory animals.  And don’t looking at those deadly glowing red eyes!