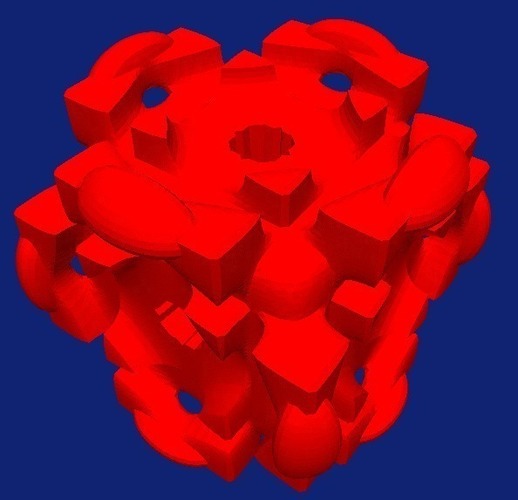 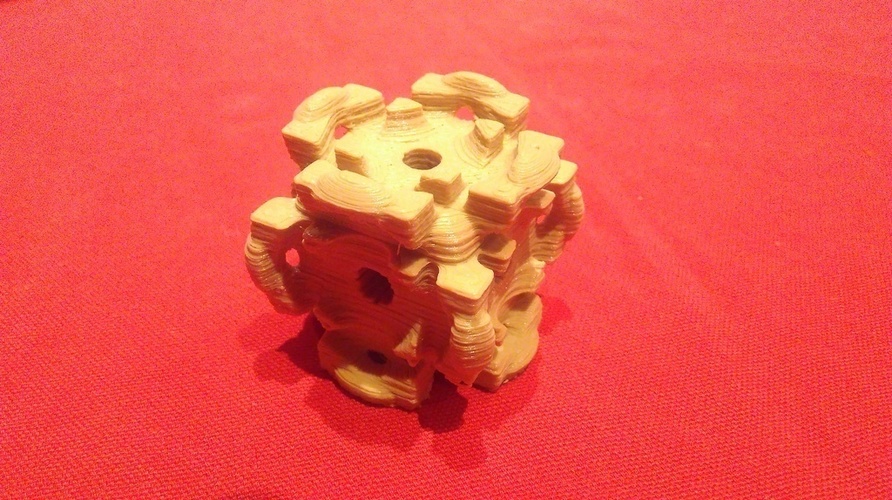 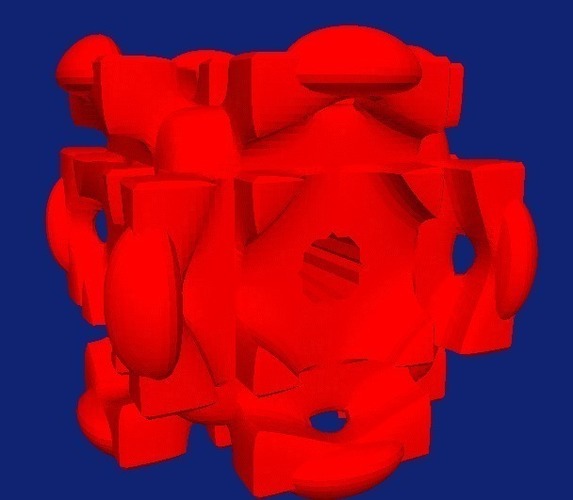 Summary Another isosurface, this time I think it's starting to look like the early stages of the evolution of the good old companion cube. Print Settings Printer: Eaglemoss Vector3 Rafts: No Supports: Yes Resolution: 0.2mm Infill: 20% Notes: I tried to get away without supports in my printed model, but some of the lower sections definitely could do with some. How I Designed This I started with some code I give my students to help them start 3D graphics projects. This helps them create models in Vertex and Index Buffers programmatically. I then grabbed the Marching Cubes function from here, and used it so that I could feed in an equation and get out a Vertex Buffer containing a given iso-surface of that equation, display it and then spits out a basic obj file. I then fed the obj file my program produced from it into Netfabb to stitch it together, cut its bottom off to make sure it sat down firmly on the build plate and spit out an stl file. This time I just sat playing with my code and fiddling with the equations I was passing into it until it produced an interesting object. Eventually I arrived at this, which I think looks like the early stages of the evolution of the Portal Weighted Companion Cube. 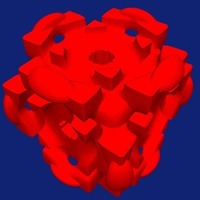 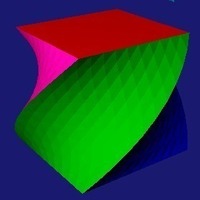 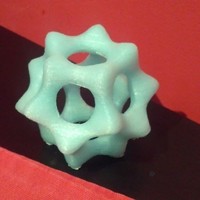 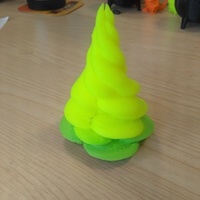