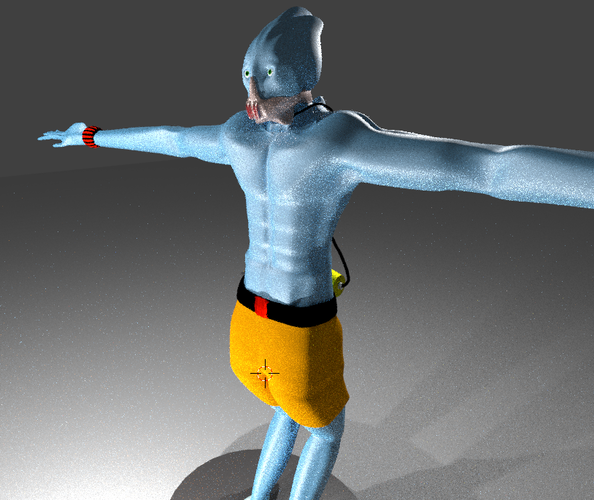 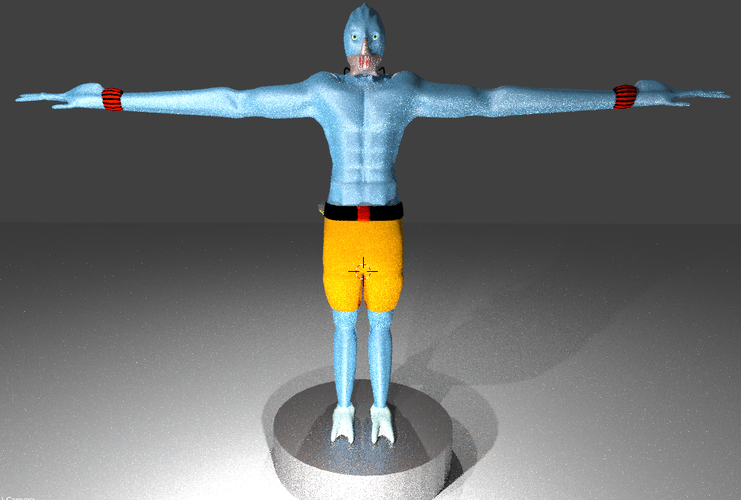 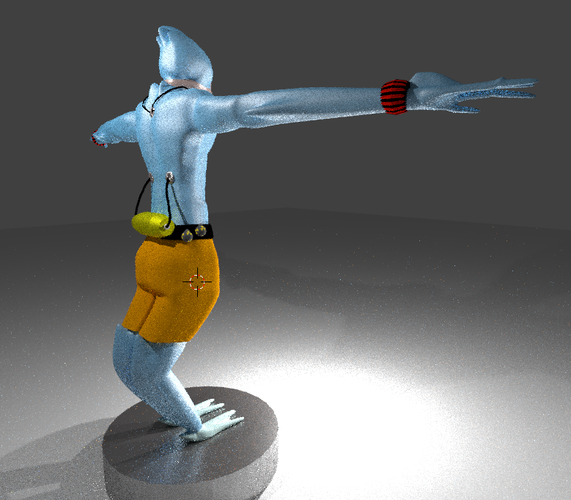 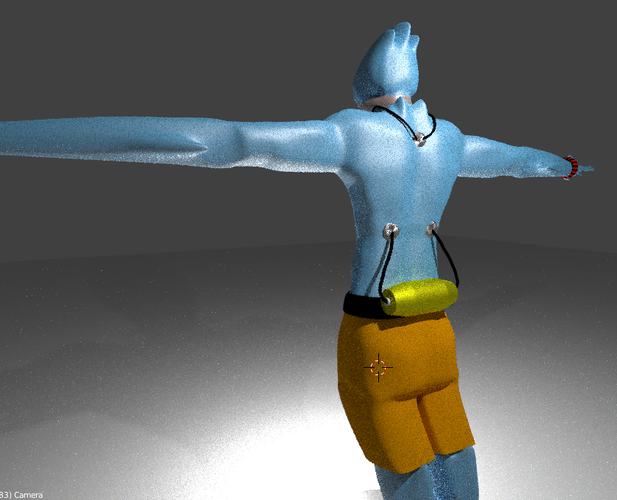 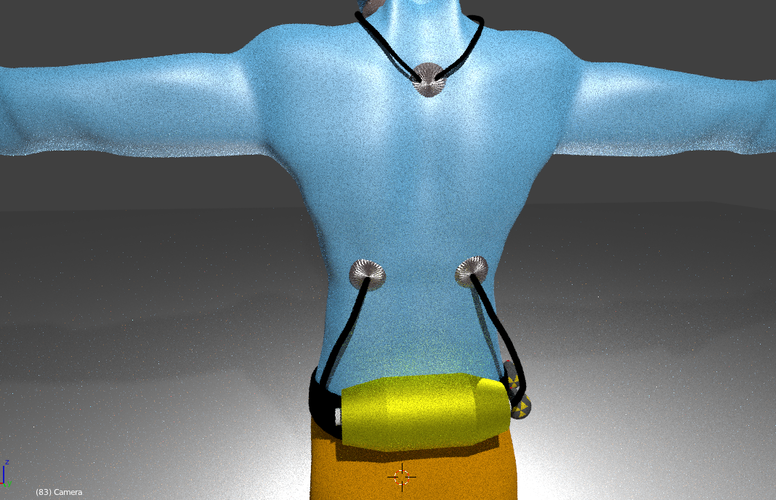 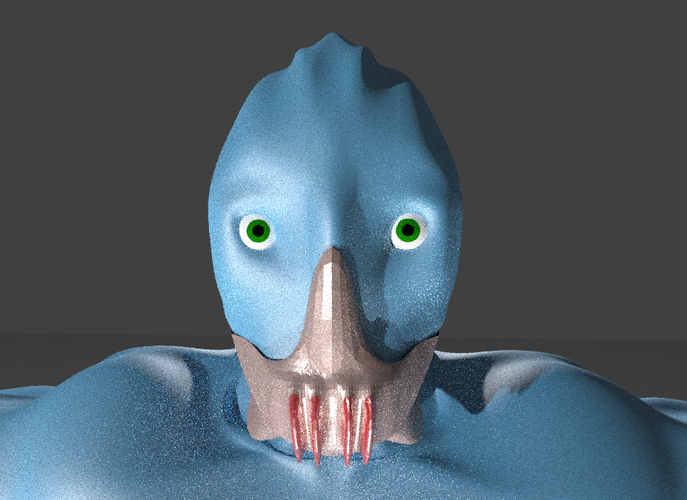 This is my character Caz. He is a mercenary from the planet Maarya, his aquatic home-world. You may notice his long arms and fins which are his adaptations for living in an underwater environment. The long arms help catch and eat fish, while his strong legs are his main way of swimming. The breathing apparatus he is equipped with is used for breathing out of water. Caz was exiled from his home planet and was forced to live separated frm the place he called home.

In terms of print settings, he is currently modeled in a rigging pose, so therefore requires supports and rafts, but if his arms were to be positioned by his sides, it would minimalize supports. Because of the finer muscle detail, he is best printed in high resolution, close to .1mm 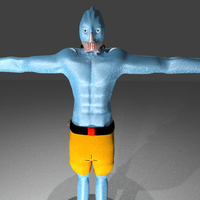