It's Been a Long Knight 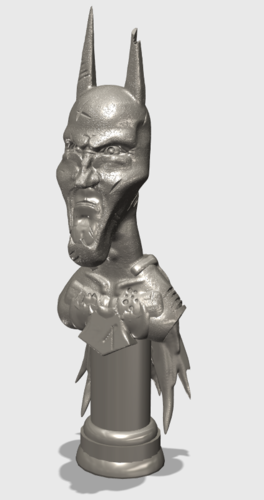 This is a sculpt I did specifically for Pinshape's Character Modeling Contest. While brainstorming/sketching, I doodled a stylized Batman that I really liked, so I pursued it in a 3D sculpt.

I'm not a professional artist, and I don't even have much experience in modeling. However, I recently got Oculus Medium, the VR sculpting app, and I've got a whole new passion for 3D artistic design. This was done entirely in Medium, with the exception of the base, which was added in 123D Design. I also used Meshlab to reduce the complexity of the model a bit, as Medium produces pretty inefficient results.

As far as inspiration goes: Batman isn't by any stretch my favorite super-hero, but I've always loved the way he's portrayed in the Arkham game series. They all take place over the course of just a handful of hours, usually one night. By the end, he's battered and bruised, and without fail there's more crime to fight. The concept of batman as a long-suffering parent of Gotham has always been a bit humorous to me. The pun was a bit of a nice coincidence. 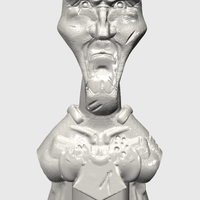