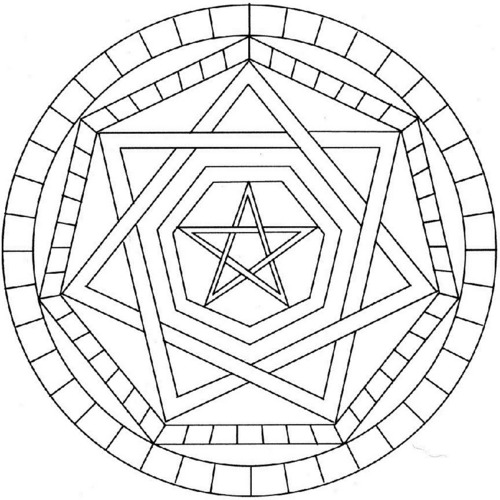 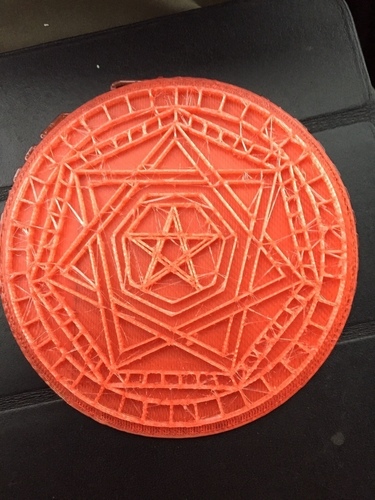 Summary A 4"x 4"x 1/8" Sigillum Dei Aemeth Original on left, mirrored image on right. This thing was made using Inkscape, Blender, and Tinkercad. The blank image originally used was found on the Internet, but I'm guessing it was "acquired" by someone who found it in a book written by Lon Milo Duquette, so thanks goes to him for that. A 9" version will be produced shortly, so follow me to get notified when that comes out. For those of you who know what the SDA is, you'll be happy to know that I will eventually have all the "tools" available here. This thing was made with Tinkercad. Edit it online https://www.tinkercad.com/things/hCKfurjuhDe Print Settings Printer Brand: MakerBot Printer: MakerBot Replicator 2 Rafts: Yes Supports: No Resolution: 0.20mm Infill: 40% Notes: My first print used an layer height (Resolution) setting of 0.10mm, and while it turned out decent, I'd suggest going with a setting of 0.20mm. I'm guessing you could use a lower infill percentage as well, but since this was my first try at making something, I used 40% just to see how it'd turn out. Number of Shells setting was set at 2. Post-Printing Fresh out of the Printer. Needed a little brushing to remove excess materials. How I Designed This Turning a 2D photo into a 3D object Created this by taking an image of a blank Sigillum Dei Ameth, removed background and turned the image into a .svg file using the program Inkscape, then imported the .svg file into a program called Blender. Using Blender, I transformed the image into 3d by adjusting the extrusion level and created a .obj file. Finally, I imported the .obj file into Tinkercad and adjusted the dimensions to 4" and 1/8" in height. Blank 9 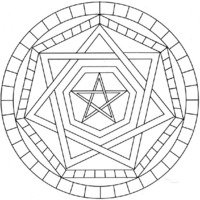