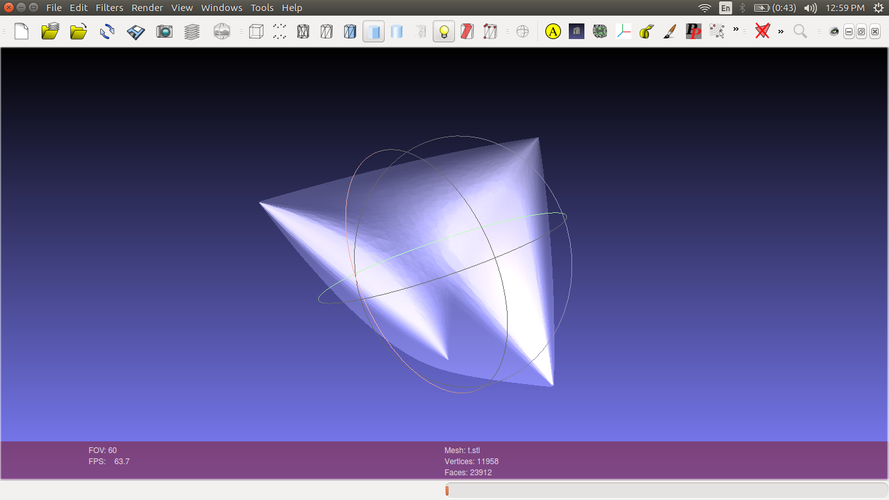 This is an Ellipson, described in Norman Wildberger's book "Divine Proportions" , Appendix B.

It shows points with Descartes coordinates  x,y,z satisfying this equation:

x,y,z is a "spread triple" of a triangle. For example for a triangle with sides 3,4,5, the triple is 16/25, 9/25, and 1. If you find the various spread triples for a huge number of triangles you get a three dimensional surface with coordinates x,y,z, which is called the Ellipson in the above referenced book.

Or in traditional language, for any triangle, take the square of the sine of each angle, you will get three numbers x, y, and z that conform to this pattern. If you make a surface of all possible such x y z points, you get the Ellipson.

Python code is here (under the 'antiprism' directory)

The code works by generating 20,000 random triangles in a plane, calculating the three quadrances of each side, then using Wildberger's Cross Law and other Rational Trig laws to solve for the three spreads.

image was made with meshlab using 'glass' shader 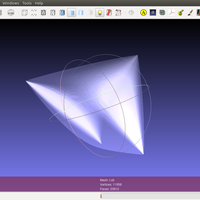