Used to be great, but feeling abandoned

Back in the early days, the Replicator was a great machine. Makerbot really cared about supporting experimentation and hacking and improvements and so on, but in recent years they've gotten worse about that and now they won't even give the time of day to feature requests in the software, and whenever there's a bug they only care about fixing it for users running the latest and greatest software. They also consider it a warranty violation to use third-party filament.

The printer is fun to experiment with but I seem to spend more time repairing it than using it these days. Heated build plate failed in a way that is apparently VERY common (and difficult if not impossible to fix), I can no longer print from an SD card for some reason (it doesn't see any files), and the Makerware software seems hell-bent on using some random, arbitrary settings for specific Makerware filament instead of respecting the settings I give it to use.

Save your pennies, go with someone else.

Makerbot is a good shelf, not printer

Stoped using it and bought a different one.

As a product designer it doesn't serve me in terms of accuracy, stability and amount of maintanance, I find it to be a hobbits toy rather than a useful machine.

Compared to its price tag, and other existing printers, the maker bot to me is a waist of time.

Brought a second hand Replicator 2 in an appalling state almost a year ago, after some tinkering and some successful prints and failures, I sent it to Thinglab in Melbourne. They cleaned it up and replaced the head nozzle unit and it is amazing!  I have been modelling vintage cars for the last year and it has printed flawlessly, up to 6 hours on some prints ! No hesitation in recommending a second hand replicator 2 with some professional rejuvenation.

I think is a great deal, easy to use, learn and it´s pretty awesome to educational programs. I just hate the supports that software produces for overhangs, it´s a headache, but you can solve by using meshmixer.

i never could printed. it just estimating.

Brought a Replicator 2 and a Mini new in a box with Amazon ... Everything was fine until the Smart Extruder began to stop working (clogged) after just 10 prints ...  no support because not an approved reseller even if my machine was new in the box ... Support = zero support , only want to sell me MakerBot Care and sell a new extruder.

Because of no warranty .. I've opened myself the smartextruder and fixed it in 10 minutes ... thanks to Youtube videos ...

My Replicator 2 clog often too .. but I'm now a master ninja to repair it because I disamble it so often since the beginning.  I don't think that any school teacher will love this as "plug and print" but now that I have the knowledge of my machines ... everything is printing fine, and I'm very happy with my machines.   I would like to have a LARGE 3Dprinter now to be able to print Helmet in one shoot ... not in 16 pieces :)

MakerBOt desktop application is very cool ... love to print using this application .. work fine  but I didn't use any other programs to print until now ... any suggestion ?

Then .. my note will be 3/5 for a MakerBot .. because of the price and not supportive Makerbot representative.

Caused a lot of growing pains....

I purchased a Replicator 5th Gen a little over 2 years ago.  The smart extruder was clearly not ready for prime time.  Random problems with it, constant clogging, etc.  I had to replace it 6 times until one worked longer than a few prints, only to fail again.  I think they have somehow fixed that problem now.  The latest extruder has worked find for more than 6 months now.

The quality of the prints varies, depending on the object.  Medium to large size generally print better than smaller objects, even at the highest resolution.  Extreme detail in smaller objects is difficult to obtain, but I'm satisfied with the quality of larger objects.  Definitely not for prototyping small pieces, for example, small jewelry.

The printer is easy to use for beginners and is probably not what you want if you are a true tinkerer; there are other printers out there that lend themselves to all sorts of experimentation.

Mine is out of warranty now so I don't care about their policy of voiding warranty by using third party filament.  That is among the worst that I can mention.  Makerbot doesn't have a large variety of colors or PLA filament to begin with, and they should be opened to people using other filament vendors.  I have found that Faberdashery filament is one of the best, but every time I use it, I wonder if there is something intrinsic to the extruder that won't allow me to make a successful print.  For the most part it has worked.

Makerbot announced new types of composite filament about a year ago and I guess that is no longer the case.  I was looking forward to try the limestone, and iron composites but it never happened.

Their customer service is severely lacking.  The fact that I had to pay $100 to open a support case was the last straw.  With such bad customer support, maybe they should focus on having a database of printing errors that one can search and maybe try to find answers.

Maybe the latest Makerbot 5th Gen has been greatly improved... I admit that I am tempted, but I have now began to search other technologies for my particular prototyping needs (jewelry), and already acquired an SLA printer to learn and explore that technology.

Finally, my school has 3 5th Gens, and a Z-18.  I have used what I've learned from my own printer to be able to troubleshoot the problems of the Makerbots in my school, and they all keep running successfully now. I guess, that would be the silver lining.

Bought a used one from ebay for $350, had to get a Build Plate for $80 from Makerbot and a Heat Extruder+ also from ebay for $120, new price $199 from Makerbot. I had some problems with the first 5th gen, I think one of the motors was locking up, kept printing the test strip diagonally. Luckily the guy I bought it from had some other machines so he sent me another and he paid for shipping both ways. This one calibrate levels just fine and the prints I get are outstanding once I learned what settings to change in Makerbot Print. Make sure you measure your filament and adjust diameter in the settings. Once I lowered the temp to 210 degrees, it decreased the stringing I got from some prints. Great little machine and I think I got a good deal.

I used it and it works fantastic 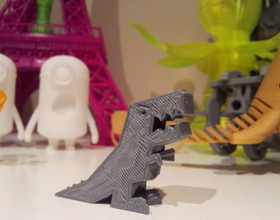 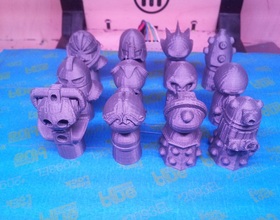 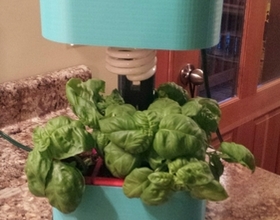 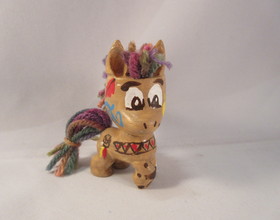 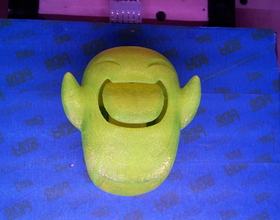 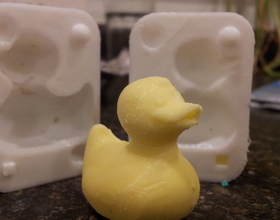 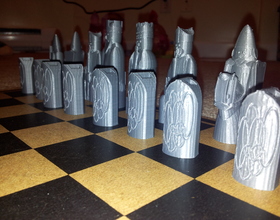 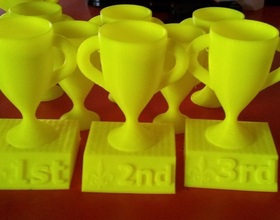