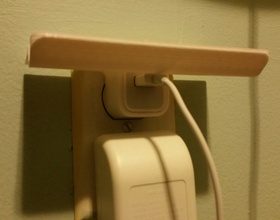 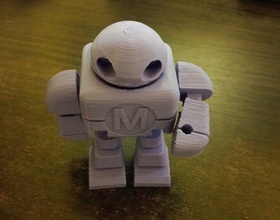 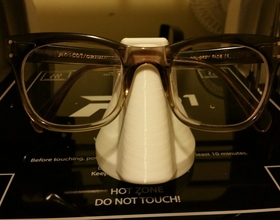 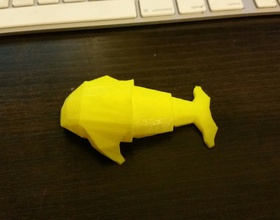 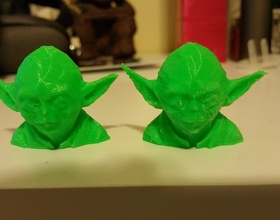 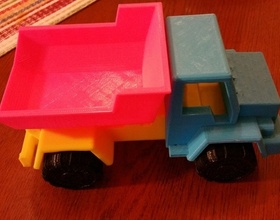 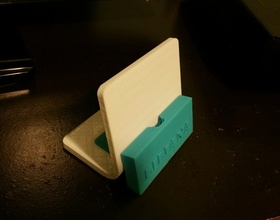 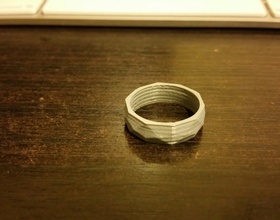 Ipve had my Robo for over 2 years and I will tell about the problems I´ve had.

It is not the the best print quality, however the printer  is "hackable" and upgradable, making it print with amazing print quality.

I´ve had to replace cables and the arduino because the cables wore off, which made a short, causing a small explosion which affected the arduino. This was fixed thanks to great community and Costumer Service.

Finaly I had to replace the heat bed because the glass from the bed chipped of when removing some prints.

All my problems were solved thanks to a great Costumer Service and a very active community.

I got my printer about 9 months ago andI have been so pleased by my Robo R1+. The set up and use are quick and easy. A great value for the money. There is an active community around this printer which have answered any question I have asked.

Excellent for the price, but needs a bit of tweaking

I've had this printer for a few years and I think it was the single best purchase I've ever made in my life. It has a truly massive build volume, which was a big selling point for me. It's not quite as push-and-print as some of the more expensive counterparts. It requires a bit of fiddling to keep the head clear during the leveling phase of intial printing, but that's the minortrade-off for a substantially lower price.

I upgraded my hotend to an e3d v5 shortly after I purchased as well as added a control screen with an sd card to de-couple the printer from my computer. These were relatively minor tweaks and with them I've had no issues with my printer whatsoever. The biggest improvement to build quality came from switching to Simplify3D rather than the default print software. The level of control you can place supports with using Simplify3D is night and day. My prints have come out so much better with the software update that combined with the solid performance of the stock printer, I honestly can't justify buying any other 3d printer besides the Robo. Even with the newly released Robo C2 and R2 they have a lot of nice features I would love to have but the Robo R1 is just so solid that I don't really need to upgrade yet.

A pretty good printer for the money, from the limited ones I have used.

Of the printers I have personally used and experienced, including some high end Stratasys printers(no reason to compare), and Ultimaker 2, a Taz 5, and Taz mini, this one has the most bang for its buck.   Quick Run Down:  I was introduced to this printer when I tried to repair one.  I fixed a hot-end thermistor, an easy fix, and it soon became mine to experiment.  Since then I have purchased two more, R1+'s, versus the original which was an R1.  It is pretty reliable in my experience.  Most issues I have had are usually User mistakes, and inexperience.  Best mods are going to be probably ventilation, heated bed, and hot end, perhaps with some type of vertical stabilization, which I still have to do.  Also I recommend configuring Cura 21, and mimic settings from a Taz printer, however this is from my own extensive experience trying to get high quality prints with almost no dripping on exterior, oozing beads on the surface from where the perimeter starts/ends. Slower, Lengthy Run Down:  One difficult design flaw that they remedied with the R1+ versus the R1 was that the Z axis calibration are switches that can become unseated, resulting in glitches during Z axis calibration.  This initially confused me when I was an R1 newb, and notice a lot of youtube and forum questions that relate to this.  The Z axis also has some wobble to it, it can tend to be less sturdy in frame than something like a Taz, due to the single point of fixation (that allows some wiggle) in the Z axis screws, and Z axis poles.  However when I attempted to print a stabilizer that clips the screws to the poles, the wobble became worse, because the threads on the screw created a perfectly consistent periodic wobble all the way up resulting in "ridges" on the print.  The normal wobble isn't bad unless I get very high in the upper 200mm, so I haven't pursued further troubleshooting yet.

One major thing to note about the R1 and R1+ printers, at least specifically the ones that I have.  R1 does not seem very good on heated bed placement(not on the indicated square, when they assemble it), AND the heated bed itself does not extend for the full volume of the factory settings (there is and extra 30-50mm on the Y axis that you can access, that is unheated), AND the bed sizes both factory, and ones you may find listed on the internet are sometimes too large, which results in the printhead ratcheting the stepper motors up against the belts which can damage one or the other or both.  Everyone should measure their max print dimensions by moving the bed and head manually, and perhaps shorting themselves or rounding down, rather than up to avoid complications. I have used Robo3d's customer service once or twice, and they have been the best customer service so far, compared to both Lulzbot, and the people at Ultimaker and the seperate shop that seems to do Ultimaker warranty fixes.  Robo3d shipped me free fans no questions asked for the printers since I am still under warranty, and I purchased a few more. Just as a note, I have not dealt with any major design flaws in the R1, versus my experience with the Taz Mini and Ultimaker.  The Taz Mini has a jam packed lower cable channel, causing wires to either rub or break within the wire shielding.  I have experience running up to 5 Taz Minis at once (and 3 or more of these have had multiple wires break within this channel)  No one at Taz seems to acknowledge this, and they seemed reluctant or resistant to shipping parts, and didn't trust us as customers to do anything other than paying for shipping the printer back to fix, (Taz does not pay for, even under warranty).  This kind of customer fear of tampering with the printer is totally unrealistic in the 3d printing community, and seems more like a cop-out to make sure they are not liable for more warranty issues.  Ultimaker 2 while being considered a very high end product, was the first printer I used, and perhaps was just a lemon,but has been the most difficult to trouble shoot.  The design flaw in the Ultimaker is that it feeds the filament in a bowden tube that runs all the way some 200 mm behind the machine.  The stepper mechanism ends up with a lot of torsion from the curved 3mm filament within this tube, and it is a total pain to unjam and reload.  In my mind, there is no comparison between the value and results you get from a lower cost ,lower end printer like a Lulzbot or R1, minus the standalone function, which can be easily modded (I use Raspberry Pi's with Octoprint.)

On a final note I just remembered that one problem I have yet to tackle as of late is that the fans seem to be noisy when they start up, initially, as if their bearings are messed up or worn out, not really sure.  So that would mean a disadvantage is that the R1 seems to have more fan maintenance than other printers, because all 3 of my R1s have had this issue.  However a fan here or there isn't a huge expense, or difficult to install.

Excellent cost for an excellent printer

I've had this printer for nearly a full year now and I love it.  Huge print bed for the price, and the quality of prints are consistently great.

We've had one hardware error (Bad power supply, died within 2 weeks) and tech support figured out the issue quickly and shipped us a new one. Our first print straight out of the box worked great, and the print quality has only gone up since I've learned more. Just make sure you get the R1+ and not just the R1. There were some important upgrades between the two.

Considering getting a second one, but might hold out for a Robo R2.

So far multiple high quality prints from a novice, instructions and support are outstanding, had me up and running in no time.

Never used a cad program before or 3D printed

For a person who has no experience with cad this printer, along with its free year subscription to fusion autocad 360 is a great printer for someone such as myself who is just starting out. The bed automatically levels itself which takes a lot of the difficulty out and makes printing easier. It also preprints a nice outline so that the extruder is 100% ready and has had some material run through it before printing.

I have my 3D Robo  R1 plus for 3-4 years now. Saw it was from people out here in Daygo so had to represent. I have had a few issues just like anyone else... but it comes down to the settings and the material. Once you get past that hurdle... easy day...