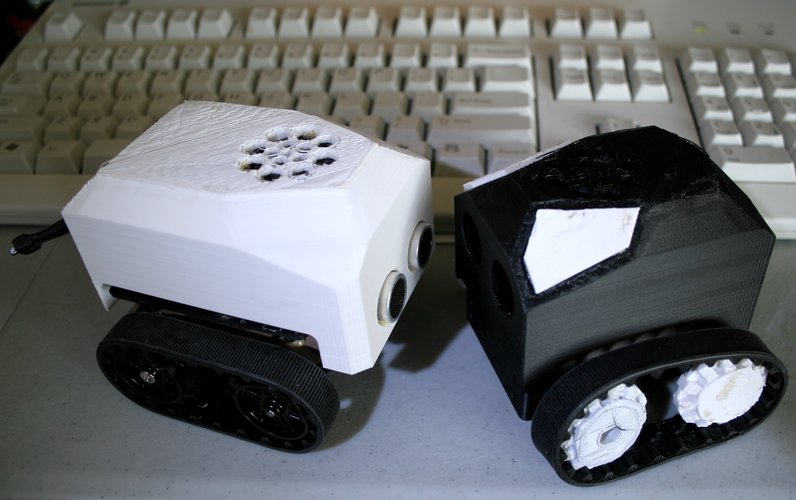 The body fits snugly and in position simply by the pegs that are glued to the ZUMO chassis top. The only thing not so good about the ZUMO chassis is that it uses 4x AA cells. I plan to replace them with a 2S1P LiPo battery by cutting out the plastic separators and cutting off the AA cell springs to create a nice rectangular space for a 45mm x 50mm LiPO ... There maybe even space for a 2S2P LiPo to have enough power to run day and night. As it, the 4x AA cells cannot drive the motors alone for more than 30-minutes, but I've added a color LEDs, a HC-SR04 UltraSonic sensor to build a collision avoidance robot for an X-Project on the experiment pages; "RoboGuts™ S.T.E.A.M. Education Program" http://www.R2Pv1.com/ BTW, the smaller bot on the right is a test idea. Same wheel base as the ZUMO chassis, but uses two mini Servo motors instead. It's not very good like that and since the tracks are so small I've already switched out the rear wheel cutouts and added a tail skid instead ... this is a fully 3D printable kit that will be posted in the near future, although it may look cool, my miniFloppyBot kits are much better suited for more functional robot projects. 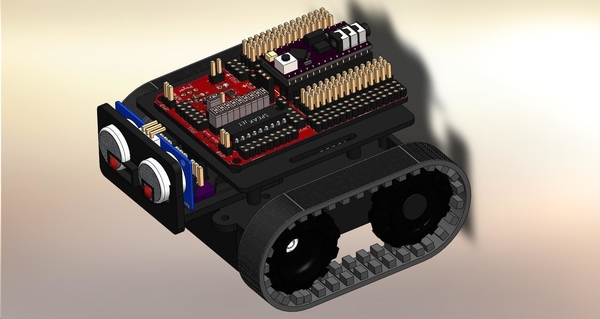 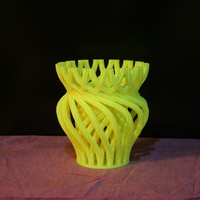 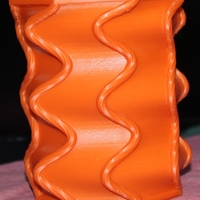 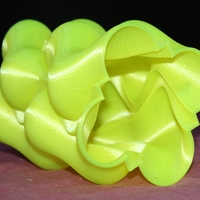 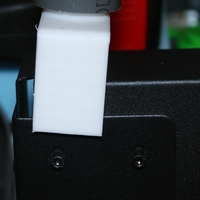